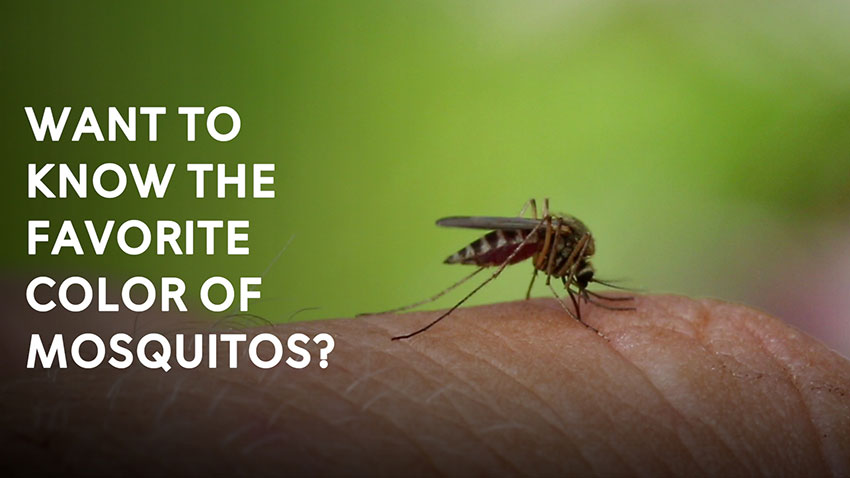 Want to know the favorite color of Mosquitos?

Several stimuli guide mosquitoes to our skin during the summer. Three were already known to scientists: the carbon dioxide we breathe out, body temperature, and perspiration. Scientists at the University of Washington have just discovered a fourth, color!

Recent research, carried out by the team led by biologist Jeffrey Riffell, from the University of Washington in the US city of Seattle, tracked the behavior of female Aedesaegypti- the mosquito when presented with different types of visual and scent cues. Their findings suggest that wearing colors like red, orange, black, and cyan attracts mosquitoes to your body. On the other hand, wearing clothing composed of colors including green, purple, blue, and white may deter different species of mosquitoes.

Like all mosquito species, only females drink blood, and bites from Aedesaegypti can transmit dengue, yellow fever, chikungunya, and Zika. The researchers tracked individual mosquitoes in miniature test chambers, into which they sprayed specific odors and presented different types of visual patterns — such as a colored dot or a tasty human hand.

These experiments lay out the first steps mosquitoes use to find hosts.

The research work has been published in Nature Communications on 04 February 2022.