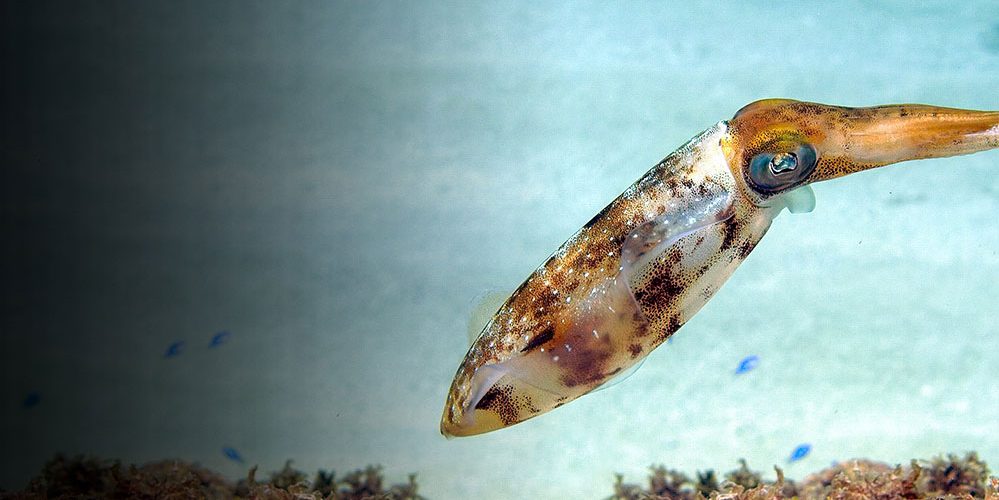 Researchers in Japan have learned that squids camouflage using chromatophores similar to their fellow cephalopod family members, octopus, and cuttlefish.

A team of scientists in Japan, observed oval squid (Sepioteuthislessoniana) adapt the coloration of their skin using their chromatophores according to the background substrate. Until now, squids’ ability to camouflage has long been thought to be based on transparency.

The team demonstrated that squid can and will camouflage by matching the color of a substrate to avoid predators. They performed a laboratory-based experiment to record the squid’s camouflaging abilities. When the squid was inside a clean side of a tank, they were light in color, but when they were above algae, they promptly became darker.

The researchers highlighted that as well as opening up exciting avenues for exploring the visual capabilities of the animal, the study shows that substrate is useful for these squids to survive.

The authors of the study conclude, “Therefore, it represents an attractive model organism for studying the ecology, evolution, and neurobiology of versatile, dynamic camouflage.”

We are surrounded by devices and gadgets, that can spy on us, most of which are hidden in plain sight like TV, fridge, car, etc. these things can communicate information about us over the internet. The revolution and...