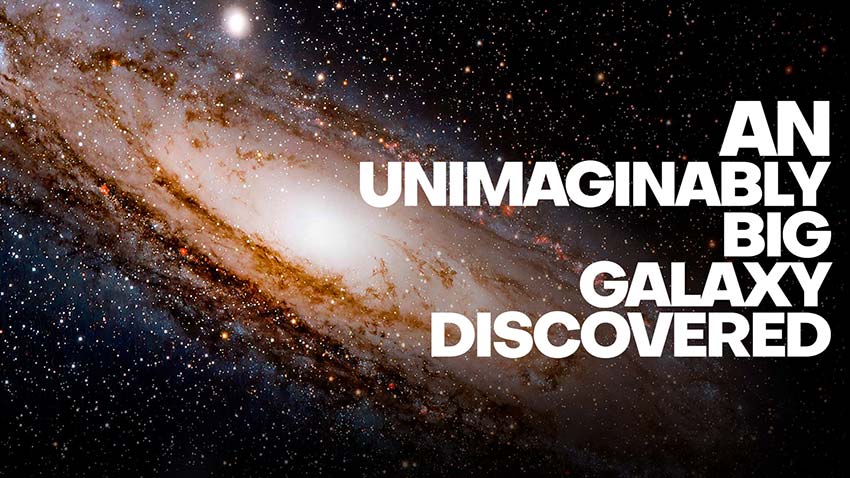 This newly found, real monster of a galaxy is named Alcyoneus. This huge, giant radio galaxy is about 3 billion light-years away and is huge, with a giant central supermassive black hole. It spreads 5 megaparsecs into space or an incredible 16.3 million light-years. It is the largest galaxy ever discovered.

By comparison, the estimated diameter of the Milky Way is about 100,000 light-years: therefore, this galaxy is about 160 times larger. This is a giant “radio galaxy”.

Giant radio galaxies are one of the great mysteries in space. They consist of a host galaxy, a set of stars orbiting the galactic core in which there is a supermassive black hole, but also huge jets and flaps erupting from the galactic center.

The study titled “the discovery of a radio galaxy of at least 5 Mpc” will soon be published in the journal Astronomy & Astrophysics. The scientists believe that the Alcyoneus galaxy seems to be still growing and still getting bigger.