Does Emotional Intelligence Exist? – Here is what Experts have to say!

Emotions are viewed as organized responses. It usually arises in response to an event either internal or external, having a positively or negatively valanced meaning for the individual. Emotions are adaptive and can potentially lead to a transformation of personal and social interaction, into an enriching experience. Emotional intelligence (EI) is, on the other hand, an ability to monitor one’s own and other’s feelings and emotions to discriminate among them and to use this information to guide one’s thinking action. The fundamental of emotional intelligence is the core ability to access one’s feelings and they discriminate them from other feelings and eventually enmesh those into symbolic codes to understand and guide one’s behavior. Emotional intelligence is the most advanced level of interpersonal knowledge that lets a person sense and symbolize complex and differentiated sets of feelings to achieve a deep knowledge of feeling.

Emotional intelligence is not about the general sense of self and appraisal of others, rather it focuses on the process that describes the recognition and use of one’s own and other’s emotional state to solve problems and regulate behavior. De Raad identified Big Five personality traits as; extraversion, agreeableness, openness, conscientiousness, and neuroticism.

Many people approve that the ability to read other people and control one’s feelings are positive characteristics that differ in strength from person to person, objectively defining and measuring these abilities is not so easy. And researchers have been inquiring about it for a long time. Recently the experts in psychology were asked if there ‘Is the scientific evidence for emotional intelligence? many agree to this existence, and that’s what they have to say.

Regarding the evidence of emotional intelligence, scientists believe in the existence of one. A high EI score correlates with positive relationships and career success. EI targets four abilities; perceiving, using, understanding, and managing emotions. Professor Brian Partido from Ohio State University agrees with this and believes that mental health, physical health, and life satisfaction are associated with high EI which can predict academic and clinical performance in students.

Regarding the measurement of EI, it is, for now, being measured by self-reported tests so its reliability is not very strong due to the subjective nature of tests. Scientists including Professor Igor Grossman from Waterloo University have different opinions as to what constructs EI, and because of lack of consensus on a single definition, the measurement often relies on a self-report, that is flawed.

The scientists who far have found advanced ways to gauge and measure EI but haven’t yet as easily and clearly defined it. So far what we know is that it is the ability to express, control, and perceive emotions and there is sound evidence of its existence, butmeasuring it requires expensive tools and techniques, which currently scientists and companies are not willing to pay.

We are surrounded by devices and gadgets, that can spy on us, most of which are hidden in plain sight like TV, fridge, car, etc. these things can communicate information about us over the internet. The revolution and... 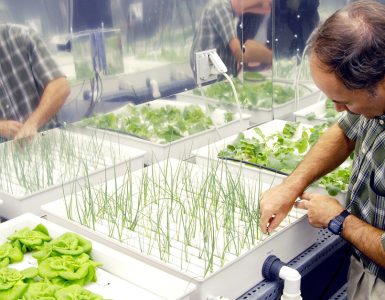 Wheat is one of the main cereal foods in the world with 15 % Share of Global Caloric Intake from All Sources. In Indonesia, an unsuitable climate type makes it hard for wheat plants to develop in this region. On the... 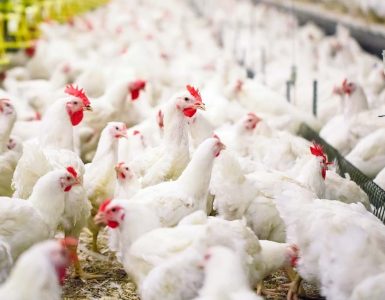 Poultry production systems are defined under the social and environmental conditions of Ethiopia. In this country, most chicken populations are indistinctive types. Conversely, they showed a great variation in their...